DJ Alpha is one of the most versatile DJ you’ll hear throughout the clubs of his hometown of Los Angeles and Orange County, California. Once you’ve experienced his musical journey, there’s no doubt you’ll come to realize he’s no ordinary DJ. Born in Hong Kong and raised in the U.S., he was first introduced to vinyl records at the age of 8 while playing with the Fisher Price Record Player. As a teenager, he was constantly in trouble for breaking his uncle’s needles on numerous occasions in his inevitable marriage to the turntables. He was no stranger to music growing up as he is in a family of music lovers which includes his dad, who was a drummer in his youth, and his uncle, who was an avid vinyl collector who later passed down his record collection to him. He started to play with mixing softwares at the age of 16 and found his love for mixing music. He won a raffle drawing of $500 at a local party, and bought his first set up. Before long, he joined the party crews Nostalgia Productions and Limelight Group in 1997 and has been rocking parties with them ever since. He has been spinning at the hottest clubs all over Hollywood, Los Angeles, Orange County, and ventured out as far as Denver and Las Vegas for the past 19 years. With his skill in creating mind-blowing mixes & remixes, you can find him cutting up the hottest hits at the hottest nightclubs throughout the week. 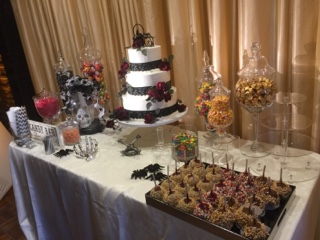